A terrestrial orchid literally means an orchid that grows in the ground.

Terrestrial orchids have their perennating tissues in the surface substrate of the ground, such as the soil or organic floor of a forest, or the surface sediment or peat of a wet meadows. 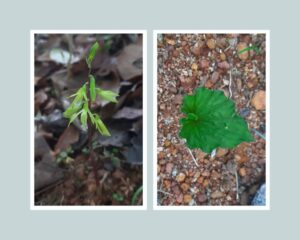 A 2 cm tall underground pseudobulb in the underbrush of seasonally drier forests. During the growth of the inflorescence that bears 2-3 flowers, the plant has to do without its single egg-shaped or heart-shaped leaf with a showy brown -and -purple marking -the leaf does not develop until after the flowers fade.

·         The flowers are about 1 in/ 2.5 cm across; their tepals are greenish yellow with lengthwise brown stripes of varying intensity. The lip is a shade lighter.

·         The plant should be grown in a humic substrate in flowerpots. During growth, the plant needs moisture semi -shade, and ample warmth, while requiring absolute dryness and reduced temperatures in the winter. It blooms between January and April.

The various uses in ayurveda as follows.

Ø  The synonyms indicates a plant looking like padma in terms of similarity of leaf and spreading nature like lotus under the ground … but growing on land so called Sthalapadma.

Ø  It is one of the ingredients of Vatsyamanthakagritha

Another Terrestrial orchid found in Nagalasery Hills is Malaxis Versicolor the source for Jeevaka, one which helps in the sustainability of life. 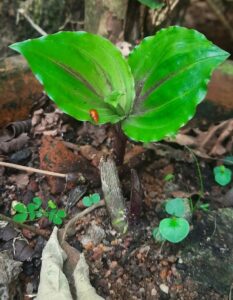 A terrestrial orchid one of the member of Ashtavarga

·         Flowers are borne in densely flowered raceme atop the leafless stem. Bracts are lance-shaped, deflexed. Flowers are small, yellow or purple, lip is short wedge-shaped or kidney-shaped, with comb-like teeth.

” Earth is a bed of special divine plants and is known to hold priceless treasures in all places… to find them only thing is we have to observe nature..”…Acharya Susrutha

The Devine plants and other resources has to be searched in the rivers, holy forests, hermitages, hills and ponds. since earth is a bed of jems and is known to hold priceless treasures in all places” – (Susruta Chikithsastana 30th chap) 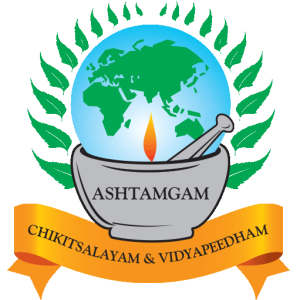